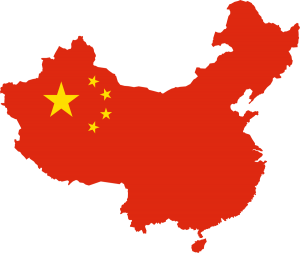 The second meeting of the Board of senior members of the Shanghai Cooperation Organisation (SCO) Interbank Association was held in Shanghai on Wednesday, 14 June. Raschetno-sberegatelnaya kompaniya JSC of Kyrgyz Republic officially joined to the interbank association.

Jumabekov said the association should become heart of economic interaction within the SCO, ensure turnover and inflow of new capita to realize important projects of member-states and development of the organization.

Dmitriyev, chairman of Russia’s Vnesheconombank, said the agreement on interbank cooperation within the SCO dated 26 October 2005 laid a ground for long-term and promising process. He said the association should become important part of economic interaction within organization.

Within the sixth session of Council of heads of states of the SCO, members of Interbank Association will sign several agreements on six projects for US$740 million.

Akmatbekov, director general of Raschetno-sberegatelnaya kompaniya JSC, said the official joining of the bank to Interbank Association is important for the bank and Kyrgyz Republic. He added that the accession would allow to expand cooperation with other SCO member states.

Interbank association achieved a lot during its short period of operation. The Chinese-Kazakh project on construction of Moynak hydro power station on Charin river is under realization, which will allow to meet electricity demands of populations in southern regions of Kazakhstan.

National Bank of Uzbekistan and China Development Bank completed preparation works for signature of credit agreement for US$20 million, which will be used to finance development of small businesses.

Uzbek banker said at the meeting that the association is not formality, but the cooperation is fruitful.

Governor of China Development Bank Chen Yuan noted the SCO leaders put task to create conditions for free movement of goods, capitals and technologies within near 20 years. In this connection, the member of Interbank Association should unite efforts, effectively withstand against competition and risks, assist in genera development and prosperity of the region and contribute to promition of regional economic cooperation within the organization, he said.

Russia’s Vnesheconombank finances Russian industrial exports to the member countries of the Shanghai Cooperation Organization to the tune of US$1 billion a year, the president of the state-owned Russian bank said Wednesday.

The leaders of the six SCO members – Kazakhstan, Kyrgyzstan, Tajikistan, Uzbekistan, Russia and China – will meet for a two-day summit Wednesday to mark five years since the regional security forum was founded in Shanghai in July 2001.

And Vladimir Dmitriyev told a meeting of SCO bankers prior to the meeting between national leaders that his institution was working well to secure funding for Russian export projects.

“Last year, we attracted about US$500 million from the State Development Bank of China to finance the export of Russian high-tech products to China,” he said.

During the SCO summit in Shanghai, VEB and the State Development Bank of China are to sign an agreement on joint project financing, worth US$500 million.

Energy-hungry China represents a huge export market for Russia as its energy needs continue to grow. It is also a major importer of Russian weaponry with military and technological cooperation between the two countries exceeding US$2 billion a year.